Recently, we had the chance to catch up with Mercedes Rose, the voice of Rosalina in Super Mario Galaxy and Mario Kart Wii (both published on the Nintendo Wii), and asked her a few questions about her experiences working with Nintendo and her creative process in general.  Below is what we found out:

GS:  We at GunslingerGaming.com are collectively excited to have you, the voice actor of Rosalina in both Mario Kart Wii and Super Mario Galaxy, take the time to share your experiences.  Our members would like to thank you for bringing to life such a popular Nintendo character.

What got you into voice acting?

Mercedes Rose:  Honestly? I became a voice actress completely by accident! I was a film and commercial actress and my agent sent me to an audition one day. When I got there I realized it was a VOICE audition. I had never done one but I jumped right in and had fun with it. Must have worked because I booked the gig. The rest is, as they say, history. And I thank my lucky stars (and agent) every day for the chance to have a career that I love. It’s a good thing to because I have very few other marketable skills…Yes. I do talk for a living.

GS:  You have done everything from television promos to acting in feature films.  How did the role of Rosalina come about?

Mercedes Rose:  The role of Rosalina came about the traditional way:  my voice agent got the call for the character and a ton of us auditioned for the role.  A few weeks later I got the call that the role was mine.  Then I googled the game and realized it was a HUGE deal!

GS:  For all of us unfamiliar with how voice acting works, can you explain how the process is commonly done?  What is the average work day for a voice actor?

Mercedes Rose:  The basic process is a client (such as an ad agency or in the case of games, a gaming developer) makes what is known as a “breakdown” – a list of characters and voice descriptions – needed for a particular project.  Then they contact a voice agent (mine is the amazing In Both Ears).  The agent then sends out a “casting notice” with all the important information to any talent that fits the breakdown.  The talent record in their home studios and send in mp3 files of the auditions.  The agency then goes through and submits the best of the auditions to the client.  The client may listen to every second of every read or may listen to 4 seconds of 5 reads and then picks who they want!  Then the chosen one usually goes into a studio and records with the client (and often the writer, producer, executives and the like) present.  Voice acting is extremely competitive.  And can be extremely lucrative.

An “average day” for a voice actor?  There is no such thing!  Many voice actors have day jobs to provide a stable income that supplements their voice work.  I am very blessed to be able to focus only on my acting career.  Daily work includes voice auditions, voice recording for clients, practicing, editing files, invoicing clients, and looking for the next gig!

GS:  What sort of acting choices did you make and/or performance directions were you given when voicing Rosalina?

Mercedes Rose:  My idea behind Rosalina was that she was a very young but wise mother-type.  So, really she is just me!  I kept it very simple and just did what came naturally.

GS:  What was your favorite part of your experience voice acting for Nintendo?

Mercedes Rose:  The entire experience, from audition to the recording session to answering fan letters, has been fantastic.  Nintendo is an incredible gaming machine and I am thrilled to be a part of the family!

GS:  Are you interested in doing more voice acting for video games?  What type of games?

Mercedes Rose:  You’re joking, right?  Of course I would love to do more game acting!  In fact, I have done a few more games but due to non-disclosure agreements I can’t talk about any of them until they are released!  But- yes.  I would love to do a ton of gaming work.  My hero of the voice world is Lani Minella.

GS:  Are you going to be involved in Super Mario Galaxy 2?

Mercedes Rose:  Well, that is the million dollar question isn’t it?  Let me say this- if you liked my work as Princess Rosalina, it can’t hurt to email, blog, Twitter and the like that you want Princess Rosalina back! 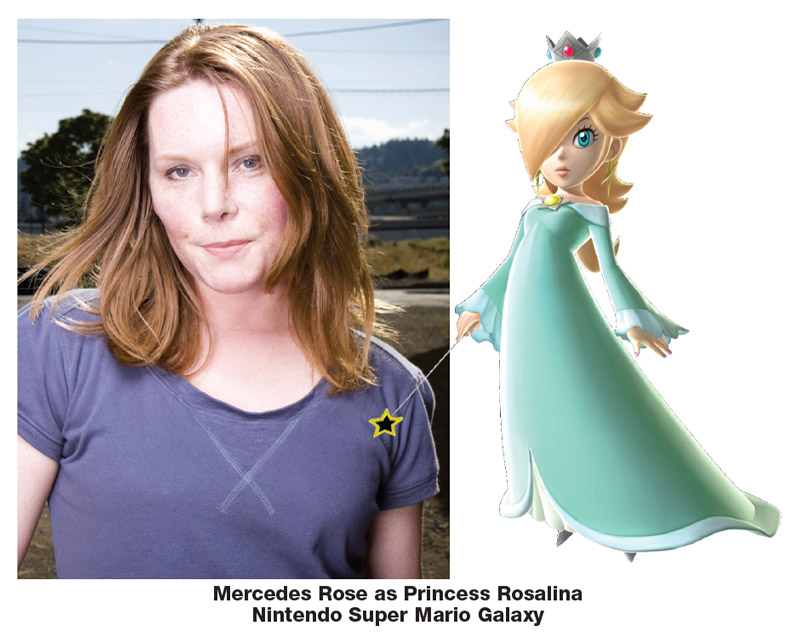 GS:  The inner nerd in all of us must ask.  Do you own a Nintendo Wii?  If so, what games?

Mercedes Rose:  I love my Wii!  Of course I bought Super Mario Galaxy and Mario Kart Wii the day they released.  My kids have a bunch of games but I am more of a Wii Fit kind of girl.  Although I throw a mean gutter ball in Wii bowling.

GS:  For our members interested in voice acting as a career, what advice could you impart on them based from your professional experience?

Mercedes Rose:  Learn all you can, treat it like a very fun hobby that you could potentially make money at, know that it is way harder then it looks (or sounds) and expect to suck before you rock.

GS:  What project can we look forward to seeing you in next?  Is there a website fans can visit to learn more about your upcoming projects?

Mercedes Rose:  I have a few things coming out in the next little bit.  My pet project is a comedy series called The Paranormalists – basically the Ghostbusters meets The Office. Check it out at www.theparanormalists.org.  Keeping an eye on my IMDb page is also a great way to stay in the loop.  Then there is my personal acting website www.mercedesrose.com. Really, it is easy to keep up with what I am doing- I am a social networking fiend.  Facebook and Twitter rule!

GS:  Thank you so much for taking the time to answer our questions.  We sincerely appreciate it, and we all wish you the very best in all your future performances. 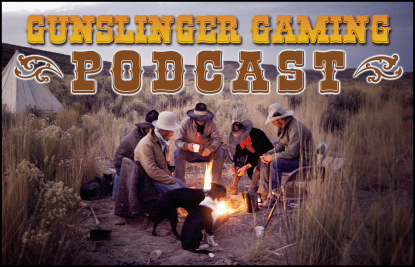